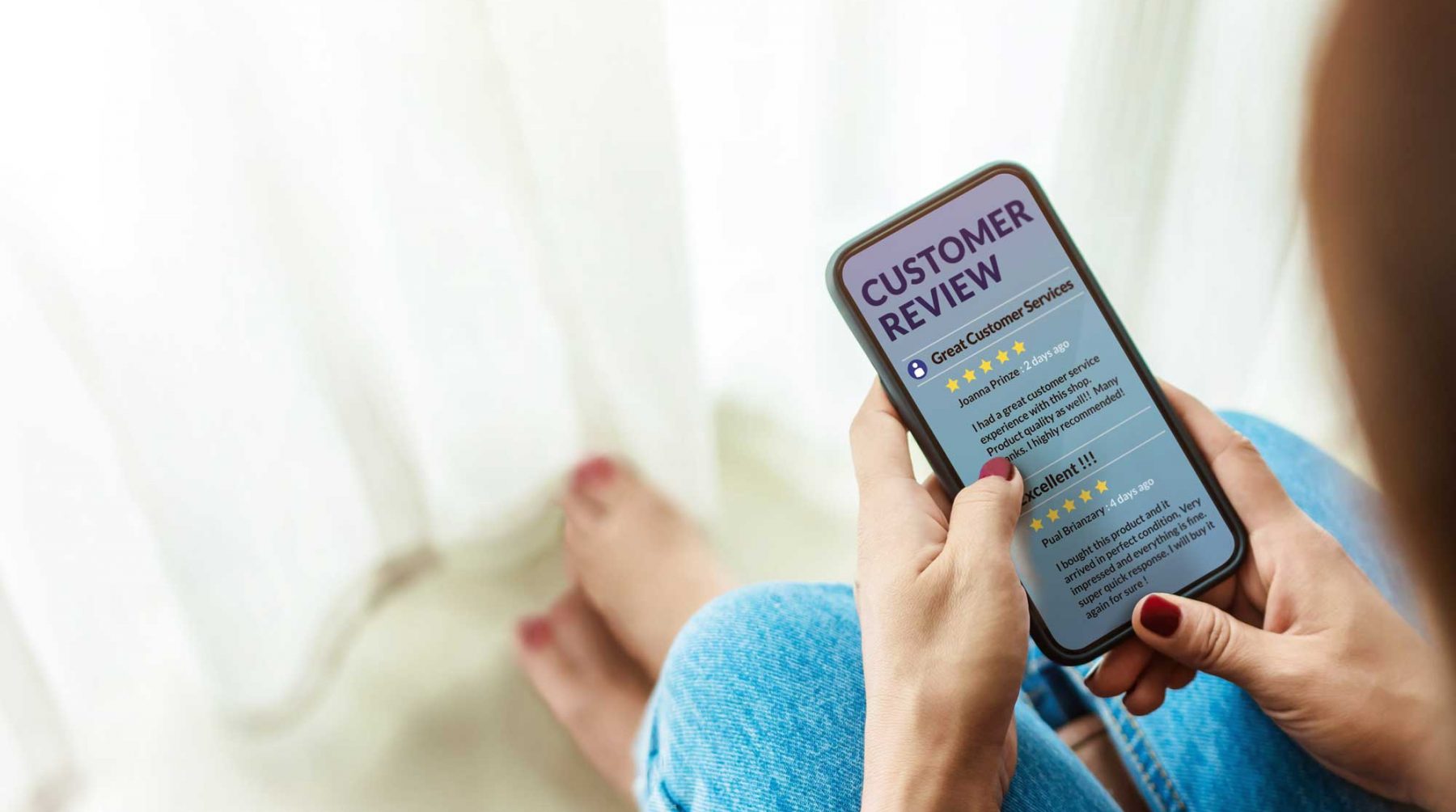 Your reviews matter! More positive reviews means more customers! Watch the video below to learn how Reviewlead helps you get 5 star reviews without all the hassle of begging your customers or having to offer free stuff!

Get A FREE Online Reputation Scan! Just fill out the form below!

50 stats that show the importance of online reviews

3. Star rating is the number one factor used by consumers to judge a business tweet

4. 44% say a review must be written within one month to be relevant.This highlights the importance of recency in reviews! tweet

16. 88% of consumers form an opinion by reading up to ten reviews vs. 84% in 2014. This means it’s important to have a large body of reviews, as customers are reading more reviews now than in all years past. tweet

18. 26% of consumers say it’s important that a local business responds to its reviews tweet

19. Only 14% of consumers would consider using a business with a one or two star rating tweet

20. 57% of consumers would use a business with a three star rating tweet

21. 94% of consumers would use a business with a four star rating tweet

22. 51% of consumers will select a local business if it has positive reviews tweet

26. 9% of consumers will phone a business after reading positive reviews tweet

28. Reliability (27%), expertise (21%) and professionalism (18%) remain the most important attributes to consumers tweet

29. More consumers are interested in “good value” than before, while less are concerned about the “expertise” of a business tweet

30. Word of mouth is still the most popular method of recommendation for consumers despite a 2% drop year over year tweet

31. On average, a consumer will look at over 10 information sources before making a purchase tweet

32. Over half of young people aged 18 to 34 say they trust online reviews more than the opinions of friends and family tweet

33. 88% of online shoppers incorporate reviews into their purchase decision tweet

35. Reviews are especially important for local searches as they influence up to 10% of the ranking tweet

37. 30% of consumers assume online reviews are fake if there are no negative reviews tweet

38. The three online platforms dedicated to reviews with the most global traffic are: yelp, tripadvisor, foursquare tweet

39. 58% of consumers said they have recently (within the past five years) began leaving more and more online reviews based upon customer service tweet

40. 100% of customers who make over $150,000 annually claim to leave reviews when it comes to a poor customer service experience

41. Reviews of 50 or more, per product can mean a 4.6% increase in conversion rates tweet

42. 63% of customers are more likely to make a purchase from a site which has user reviews tweet

43. Customers are 105% more likely to purchase while visiting, when site visitors interact with both reviews and customer questions and answers, and spend 11% more than visitors who don’t interact tweet

44. Reviews produce an average of 18% uplift in sales tweet

46. 68% of consumers trust reviews more when they see both good and bad scores tweet

47. Between one and three bad online reviews would be enough to deter the majority (67%) of shoppers from purchasing a product or service tweet

48. 86% of people will hesitate to purchase from a business that has negative online reviews tweet

49. Number of reviews posted every minute by Yelp users is 26,380 tweet

50. If a business resolves its issue quickly and efficiently, 95% of unhappy customers returns back to your business tweet

Online reviews are increasingly important, both to consumers and businesses. Help your clients manage their online reputation and generate reviews to stay ahead of the competition. More and more consumers are adapting to consult reviews before making any purchasing decisions. In the olden days, personal recommendations were the key to influence a buyer’s decisions, but because we now live in a digital world, today these decisions are influenced by business reviews. People trust online reviews as closely as personal recommendations, and as the stats have revealed, sometimes more. See here how to get more reviews. Online reviews play a huge role in getting customers to research a product or service, and research is the first step toward a buying decision.

Let’s have a free one-on-one strategy call to discuss how your business can benefit from Digital Marketing. Contact us via our website and you’ll also get 50% – 100% off select services! (seriously)